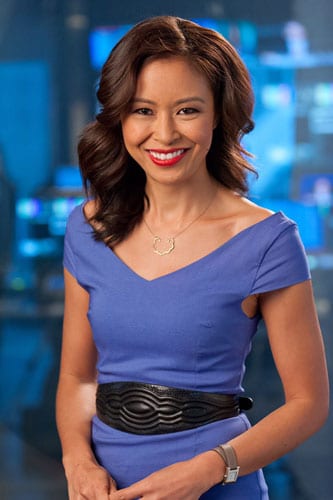 Angie Lau is an anchor for Bloomberg Television based in Hong Kong.

A global journalist with more than 16 years’ experience, Angie came to Hong Kong from Bloomberg’s Chicago bureau where she covered markets and business stories from the Chicago Board of Trade. Prior to joining Bloomberg, she was the consumer reporter and anchor for the ABC affiliate in Cleveland, Ohio, where she received the Excellence in Journalism Award for Investigative Reporting.

Angie is a member of the Asian American Journalists Association (AAJA) and was the co-director of AAJA J-Camp, which teaches journalism to scholarship students across the nation. She also served as board governor on the Foreign Correspondents’ Club as well as the President of the AAJA-Asia Chapter.

Born in Hong Kong, Angie received her degree in journalism from Ryerson University in Toronto, Canada.